Paid content is changing now more than ever before, with a greater number of companies monetizing their offering online as consumers are increasingly willing to pay for top quality content.

Publishers have seen a shift away from digital being a free extension of their print editions, to becoming a beneficial combined print and digital model to offer their customers something different.

The majority are still experimenting with paid digital content models, but with 800 million people worldwide accessing news through this channel, it’s not hard to see why publishers want to harness the power of digital.

Current and emerging models for this purpose include:

So who’s doing what and how are they faring?

In the UK, one in three newspapers that have introduced a paywall have seen an increase in subscriber numbers. The Telegraph has followed the likes of the Financial Times by making a move into monetized content, with revenue having grown by 50 per cent since it introduced its own meter. It’s a similar story across Europe, with German newspaper Bild having become a trendsetter on the continent in 2013 when it introduced a paywall with three distinct levels which were able to bring it considerable success.

El Mundo also became the first newspaper in Spain to introduce a paywall in November of last year, and in its first six months it amassed almost 30,000 subscribers to its features membership alone. Reuters reports that 32 per cent of companies employing such a model have reported no fall in traffic.

In the US, paywalls have become the norm, and in the past year there has been a 29 per cent rise in publishers charging for content, taking the total to 70  per cent nationwide.

Some of the contributing factors for this change are innovations in technology, consumers propensity to pay and proliferation of mobile and tablet devices.

Moving forward, then, what will be the future of digital content?

As the number of people willing to pay increases, and publishers continue to offer innovative and different content online, will we see memberships and season passes become the norm, or will a new type of monetization model still to come be the future of digital newspaper content as it continues to evolve?

MPP Global’s live webinar on July 10 at 4pm BST / 5pm CEST, will discuss all the current and emerging models within paid content, look at some of the success stories and home in the future of paid content. 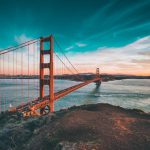