BRITISH SPEEDWAY SUPPORTERS are showing a great deal of interest in an exciting new interactive txt msg service which was launched on Monday (26th May).

Speedway Live have teamed up with MPP Global to introduce leading-edge technology into one of the country’s favourite motorsports, and provide a comprehensive alternative to premium rate telephone newslines.

The service is made up of two parts, namely Txt Alerts and Live Updates. Subscribers to Txt Alerts will receive SMS alerts on their mobile with the day’s top news headlines, any breaking news stories as they develop, and a daily round-up of the final match results from the British Speedway leagues. In addition, they will also learn of any rained-off or postponed meetings as soon as the announcement is made, meaning any travelling supporters are given as much notice as possible that the match is off. This aspect of the service will be a major benefit to supporters who are driving up or down the country to watch their team.

Subscribers to the second part of the service, Live Updates, will receive exactly that – live updates! Supporters simply register for their chosen team(s) by txt message to receive live updates with the latest scoreline and any breaking news stories after every few races.

Speedway Live has already received a massive amount of interest from the supporters and riders in British speedway, and a lot of praise for their intentions to pump money back into the sport.

Graeme Paterson, who owns the Speedway Live company explained, “Over the past six months or so we received a number of queries from speedway supporters asking whether it was possible to introduce information services by txt message into the sport, expanding the massive success of internet Live Updates to reach those who either don’t have internet access or cannot spend all night in front of a screen.”

“Most other sports and organisations such as football, rugby, cricket and so on have all introduced SMS solutions to the supporters with a tremendous success rate, and it was only a matter of time before it was launched into speedway. It’s clear that the supporters are interested in the service, and with the estimations that around 55 million txt messages are sent and received every day here in the UK, it’s undoubtedly one of the most popular, cost effective and convenient means of communication in the world today.”

However, setting up the service wasn’t without a few last minute panic situations, as Graeme continued to explain.

“After months of research and planning, we became aware of the possibility that a similar service may be in the pipeline, operated by an external organisation with no genuine interest in speedway other than to make money. While the fans would have benefited from that, it’s likely that the sport as a whole would not. A company who were operating the service with the thought of “£” or “$” signs in their eyes would be unlikely to pump their earnings back into the sport. Thankfully by that point, we were already in a position whereby we could launch almost immediately. We were able to form a partnership with one of the UK’s leading SMS providers, MPP Global, and were up and running within 48 hours. Two days of system configuration and testing followed, and we went ‘live’ straight away!”

Most Speedway clubs offer a similar service from premium rate telephone hotlines which generates money for the club. Speedway Live has covered the gap in the sport that will see both the sport and the riders benefit from the proceeds. Once the profit stage has been reached, it is Speedway Live’s intention to implement a system of providing financial support and sponsorship to the riders within British Speedway. It is likely that a nomination and voting system will be introduced to let the supporters have a say in which riders will receive financial help.

“There are so many young riders out there who demonstrate a great amount of potential from the moment they hit the track,” said Paterson, “but as with many sports it is not easy to attract sponsorship, especially if the rider has not been signed to any particular team. This is where we hope to be able to step in.”

“The supporters, the established riders, the management and promoters around the country will know from their own experience who the most promising youngsters are. With our planned nominations and voting system, they will be able to put forward the names of those riders for sponsorship and financial backing.”

“For this system to work and for the riders to benefit in the long run, it’s up to the supporters and users of Speedway Live to make use of the latest technology we’re offering. We know from experience already that in speedway, word of mouth is one of the most successful ways to promote and raise awareness of a service. If the teams and riders wish to support and encourage our intent with helping the younger riders, they are welcome to advertise and promote Speedway Live on their websites or in the racenight programmes, and we’ll provide any help or information that we can to allow them to do that successfully. But we have no intention of wasting any resources on massive advertising campaigns across the country, when this money can be better spent channelled back into the sport.”

The company has it’s own website at www.speedwaylive.co.uk which gives more information about the interactive services offered. 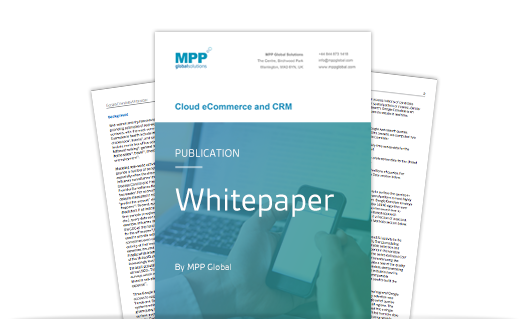 Our webinar is around the corner! Don't miss out on some industry leading expertise discussing payment optimisation… https://t.co/pau4CP1BZ0