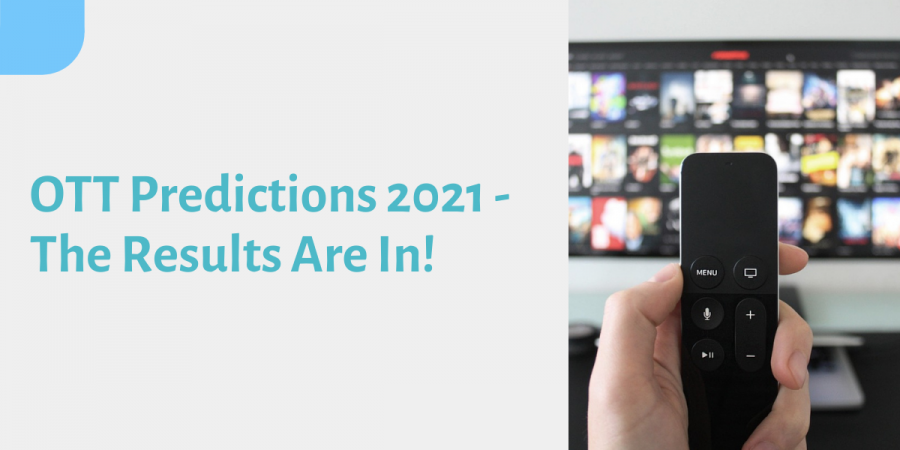 At the start of the year, we offered our biggest predictions in the OTT space for 2021. We anticipated the growth of the OTT market, fuelled by the pandemic. Broadcast VOD and PVOD would grow by necessity. We predicted aggregation and partnerships would become more common. We also saw ad spend, after a tough 2020, bouncing back in 2021 to re-engage the markets. But how close are we on these predictions, six months in?

1. OTT Overtook Pay TV in Demand in 2020, and Will Continue to Rise

Our prediction: OTT subscriptions are expected to rise further by 7.71% during 2021

Through the first half of 2021, our prediction that OTT subscriptions would rise has been correct. OTT subscription growth continues, with SVOD revenues doubling between 2019 and 2025 to $100m worldwide. The key winner of this revenue race will be the US, adding $18bn alone. China, the current leader, will drop to second place. India will remain a key market, also seeing incredible growth.

The effects of the COVID-19 pandemic have continued to have a positive effect on subscriptions. According to recent research by Ampere, the average American now spends nearly two hours a day watching SVOD services. 67% of US households say they have no plans to cancel their existing subscriptions. SVOD subscription growth is expected to continue to 2026 (Source)

2. Are we Hitting Subscription Saturation Point?

Our prediction: Consumers will at least retain their existing subscriptions, and are willing to invest in multiple services

This trend has remained so far in 2021. Subscriptions are still rising, with the average SVOD customer subscribing to 2.14 SVOD subscriptions by 2026.

Alongside this growth, the rise of new services continues across the sports and entertainment space. The Premier League recently announced that they are considering their own OTT service, but into a market that is already saturated.

HBO Max and Peacock, from AT&T’s WarnerMedia and NBC Universal, also launched in May.  Discovery+ launched earlier in the year, recently rebranding as Warner Bros Discovery. With no substantial data yet on the performance of these new services, it’s difficult to say if market saturation has edged any closer. But outside of the Amazon/Hulu/Netflix/Disney+ ecosystem, newer and smaller, niche services are seeing the benefits of the AVOD model. Ad-supported content is on the rise; HBO Max launched with an AVOD option right out of the gate.

AVOD services are on the rise (source)

In the US and APAC regions specifically, AVOD revenues already exceed SVOD, generating $40bn compared to SVOD, at $32bn. Offering an ad-supported option to fatigued subscribers opens a fresh subscription alternative. Will this mean subscribers enjoy a mix of SVOD and AVOD services?

3. Aggregation on the Horizon

Our prediction: Service aggregation would be the main strategy to battle subscription fatigue

Our prediction was slightly incorrect but in a good way. We predicted that the major OTT services were unlikely to collaborate directly this year, and that stands. Google’s Kaleidoscope project was cancelled, a few days after we posted our predictions.

Despite this, content aggregation has grown for subscribers struggling with following content across services. ScreenHits TV launched its desktop and mobile apps in April this year. Subscribers can add the services they subscribe to, into a single library. This addresses one of the biggest draws of Pay TV. Viewers frustrated with trying to find content across different services have their first option. Having already drawn over 250,000 subscribers, ScreenHits TV is already showing early signs of success. 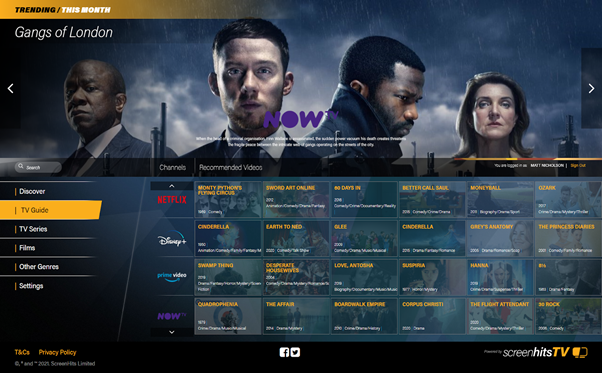 Our prediction: PVOD services would grow, but not completely replace, the cinema/live experience

The pandemic has continued to push the safe reopening of theatres further out. The blockbuster season should by now, be well underway, with July and August approaching.

Meanwhile, OTT services that produce their own content such as Netflix and Amazon, as well as production houses that have their services such as Warner Media’s HBO Max, continue to launch content simultaneously to streaming and theatre. The release window has not shortened, but changed – HBO Max, in particular, will host 16 movies in theatres and via streaming in their first month.

Content production is back, with safeguards in place since the start of the year. The 2021 FIFA World Cup has gone ahead, with reduced venue capacity. The Tokyo Olympics will also happen in July, though it will keep the branding of the 2020 Olympics.

As a result of these safety measures, content production costs increased in 2021, and are being tracked by the major OTT content producers. Premium on-demand video will be a necessity for major events this summer and theatrical releases as costs of production rise.

Not only was this prediction correct, but it’s a format that’s now likely to last until the end of 2021. It is likely to be part of the post-pandemic content consumption model permanently.

5. Event Streaming on Demand will Continue to Rise

Our prediction: Events would be largely live-streamed through the year

Live Streamed content has, as predicted, become common. As mentioned above, the FIFA World Cup and the Tokyo Olympics is to be streamed on Peacock in the US (and various providers globally).

A recent survey by PUSH Live indicates that 29% of people in the UK would be willing to buy tickets for a live-streamed performance by their favourite artist. This shows the continued opportunities for growth in the music sector, as we predicted. Interestingly, the survey also highlights a strong potential market for live streaming even beyond the pandemic. 33% of those surveyed cite travel costs and 26% claim family or work commitments as obstacles for attending events, before the pandemic.

6. Proliferation of 4K Could be Accelerating the Demise of Pay-TV

AT&T’s subscriber base is down 16% from 2019, and Comcast has lost 1.3m Pay-TV subscribers, but the downturn has proven to be quicker than we had predicted.

This decline is consistent globally with the exception of special cases such as rural communities, or areas where broadband internet access is limited or unavailable.

A perfect storm is occurring. High-speed internet connections and 5G have driven streaming quality. Almost all major OTT providers have taken advantage of this technology. 4K and even 8K streaming, HDR and even Dolby Atmos audio encoding are now more common. In terms of viewing technology, It’s forecast that sales of 8K TV’s will hit 72m by 2025, further fuelling the transition.

These are all changes that CTV and satellite providers are struggling to keep up with, and this is showing in the churn numbers.

As mentioned in our previous predictions, the popularity of AVOD and hybrid models among both subscribers and providers is growing like Peacock and HBO. While there was a dip in AVOD revenue in 2020, the upward trend will see revenue grow by 144% between 2020 and 2026.

AVOD is particularly popular among cord-cutters in the US, who are already familiar with the ad-supported model. They are discouraged by the costs of juggling SVOD subscriptions. A recent survey by The Trade Desk showed 68% of cable customers chose ad-supported content alternatives. OTT providers that partner with Telcos, and share first-party customer data are going to see the most success in the AVOD space. They can target ads directly to the right subscribers, based on their viewing habits. Subscribers already used to ads will be more satisfied with the AVOD model as well. A new market in ex-CTV and satellite customers is emerging as a result.

8. Consumers Have More Choice than ever Before, Which Could Drive Churn

On the one hand, churn is a relentless challenge. Apple TV has experienced 16% churn in April alone. Netflix, at the other end of the scale, saw just 2.5% churn across Q4 of 2020 in the US.

Today, it is easy to sign up and cancel a subscription to the major OTT services. Subscribers can easily switch services to follow their favourite content. As most services have no contract, there’s a freedom that subscribers enjoy.

Churn could be seen as a positive, contributor to the OTT market. Potential subscribers are more likely to sign up based on the content that is on offer. There’s a lower perceived risk to subscribing to a service, as subscribers know they can cancel easily if needed.

The rise of AVOD, and its ongoing adoption, will give subscribers an alternative to cancelling a subscription outright. The ability to downgrade to an ad-supported version may prevent churn, due to the cost of maintaining multiple services. AVOD could be a true answer to subscription fatigue.

What did we miss?

There have been some other industry developments that we missed from our initial 2021 predictions.

Industry consolidation looks to be accelerating. Deals between WarnerMedia and Discovery as well as Amazon and MGM has sparked speculation over which providers and production houses will seek partnerships in the near to medium term. Pace has increased in national-level mergers like Wink and More TV in Russia, and France’s TF1 and M6. There is also speculation of a future deal between ViacomCBS and Paramount+.

While we have predicted that content fragmentation causes subscriber fatigue, OTT services large and small are responding to this major cause of churn.

Amazon and Roku continue to gain market share, with Roku reporting 79% revenue growth in Q1 2021. Streaming players have a major part to play in the content aggregation strategy. Roku recently agreed to buy the rights to Quibi content, adding this original content library to its ad-supported Roku Channel.

Streaming platforms like Roku are growing quickly,  as they take advantage of the rise of AVOD, content aggregation through their streaming devices, and mixed subscription options, something that isn’t currently provided by competitors like Netflix.

Other forms of partnership and aggregation are on the horizon. The biggest of these deals, between Liberty Global’s Virgin Media and Telefonica’s O2, was agreed in May this year. As discussed in our recent blog on competition and partnerships, telcos and OTT providers are finding new ways to partner and pool resources, and this is the most high profile example this year. The details of the deal with regards to content have yet to be revealed, bundling Virgin’s content library with O2 telco packages is almost certain.

So far, it looks like we’ve been correct on our predictions – with a few surprises around advertising models, the success of BVOD and PVOD, and churn mitigation tactics.

The partnership between Virgin Media and O2 is one of the biggest game-changers this year. It is likely to show the true potential of telco-OTT collaboration.

Sports has not returned as quickly as anticipated. The longer that situation remains, the more normalized and accepted BVOD becomes. A genuine alternative to being ‘at the venue’ – for both sports and entertainment.

AVOD/SVOD hybrids could be the biggest churn mitigation strategy in 2021 and into 2022 – provided that OTT services ensure data is centralized and intelligently analyzed. This is where the power of a subscriber management tool like eSuite comes into its own. 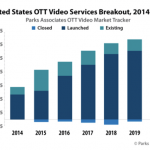