How Has OneSoccer Evolved Since Its Launch?

OneSoccer offers a range of subscription options to users. Day passes are available for purchase, while the ‘League Pass’ option offers subscribers the service for the season, with a special rate for CPL club season ticket holders.

Across June and July 2019, OneSoccer added AppleTV support for viewers while confirming that Roku support would be available soon. Subscribers can also tune in to the streaming service via web browser, Chromecast, Android, iOS, and AirPlay.

In the short space of time since eSuite began powering OneSoccer, in a seamless project which was “delivered… from kick off to go-live [in] just 46 days,” MEDIAPRO has continued to grow its portfolio of international sports rights.

MEDIAPRO was already a prominent global player in rights management for competitions including UEFA Champions League, Liga Brasileirão and the Canadian Premier League. In July, it was announced that MEDIAPRO had expanded further and acquired Canadian streaming rights for the Chinese Super League and Chinese FA Cup. The new deal saw OneSoccer immediately begin streaming Chinese Super League matches. The Asian coverage deal added 44 games in total to OneSoccer, which can be streamed at no extra charge to subscribers.

In the same month, OneSoccer added to its rights portfolio a package of two games a week from Liga MX, Mexico’s top-flight soccer league. The streaming platform activated its Liga MX rights on 20th July, the week of the 2019 league-opening Apertura tournament, and will continue through the season with two top fixtures each round, including both English and Spanish commentary.

When the CPL kicked off in April 2019, many French-speaking fans requested native language broadcasts of matches. Both the CPL and OneSoccer have been working towards making the league more accessible to French-speaking fans so, in August 2019, where possible the global streaming service will begin offering French commentary for streamed matches.

What Does the Future Hold for MEDIAPRO and OneSoccer?

MEDIAPRO is currently negotiating with Italian football league Serie A over a deal that could see broadcast rights distributed via a league-owned network, for the three-year period of 2021/2024. Serie A’s chairman and the chief executive officer will negotiate and define the contractual agreement with MEDIAPRO by 14th October 2019, presenting MEDIAPRO with a great opportunity to boost their rights portfolio even further.

Already since go-live, OneSoccer has obtained more subscribers than initially forecast so early on. This, coupled with the continued success of OneSoccer even in the short time since its launch, and MPP Global’s experience working with Natxo Imaz, CTO of MEDIAPRO, and his skilled development teams gives us great confidence that subscriber numbers will continue to rise.

MEDIAPRO and MPP Global will be attending the highly anticipated SPORTEL event in Monaco this month, from 21st – 23rd October. In addition, you can hear from speakers Chris Welsh, SVP, Broadcast & OTT, EMEA, MPP Global and Natxo Imaz, CTO, MEDIAPRO at SportsPro OTT Summit in Madrid from 19th-21st November.

Throughout the events, our Broadcast & OTT specialists will be on-hand to showcase demos of eSuite in action.

Our experience in delivering mission-critical services for OTT platforms such as OneSoccer puts us in a unique and informed position to provide guidance on how to:

If you’d like to find out more about how the eSuite platform continues to support OneSoccer, and how and its features and functionality have enhanced the platform and contributed to its success, book a meeting with us at SPORTEL below. 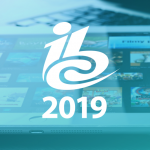