Home > Blog > The Game has Changed for Newspapers

The Game has Changed for Newspapers

With print revenues continuing to fall dramatically, newspapers are increasingly looking to digitize their offerings.

While all major dailies and most weekly local publications have been posting news articles online for a while now, they have thus far found it difficult to monetize their services.

According to Tony Brown, a Senior Analyst at Informa Telecoms and Media, the “game has changed” for newspapers, who are now following the lead of the TV industry by setting up internet paywalls.

In an article for TBI Vision, Mr Brown wrote that digital payment systems are the “only answer” for struggling newspapers.

The growing demand for online content has been fueled by the rapid emergence of smartphones and tablet devices and people now want instant access to the latest news wherever they may be.

There had been suggestions prior to the launch of The Times‘ paywall in 2010 – a pioneering moment for the print industry – that digital payments would not work, as consumers would not be willing to pay for material they were previously viewing for free.

However, having amassed more than 330,000 digital subscribers in the past three years, The Times has demonstrated that people will part with their money if they are receiving quality content.

While it is clear that paywall solutions can work well for news providers, Mr Brown thinks a trend might develop where large intermediaries offer subscriptions to a number of different publications for one monthly fee.

He used Amazon as a good example of this.

The company has signed an agreement to bring Conde Nast’s many publications under its All Access digital banner.

This means people with Amazon All Access Accounts can now use various devices to view titles such as Vogue, Vanity Fair and Glamour.

“Effectively, in the digital world we are going to see players like Amazon, Google and Apple acting as a middle-man for digital content – especially powerful but struggling newspaper brands – in the same way pay TV operators have for TV channels,” he wrote.

With more and more newspapers starting to monetize their digital offerings, the next few years could be very interesting indeed. 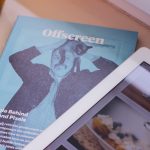